Sale of Doritos 44g, delicious and crunchy corn snack, shaped like a nacho and flavored with cheese, from the Matutano brand, for vending machines.

Discover all our salty snacks.

Doritos is the brand of tortilla chips marketed and distributed by PepsiCo Foods. Doritos are a snack made of corn in the shape of a nacho. Doritos Tex-Mex are the best known of all Doritos flavors for their intense cheese flavor.

PepsiCo products are enjoyed in more than 200 countries and territories around the world. PepsiCo was founded in the 50's when it began to distribute as a franchise, but it was not until 1965 in the United States when it was founded and introduced in the snack market with the acquisition of Matutano.

We offer a quality service with shipments in 24/48 hours. If you are looking to buy Doritos wholesale, this is the right place.

From our company we sell a wide range of salty snacks. If you like Doritos and want to try some with a spicier touch, we also sell wholesale Doritos Chilli.

Besides being Doritos wholesalers, we are also a distributor of Matutano, the company that owns the Doritos brand. 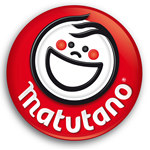 15 other products in the same category:

19.2
0,400 €
Sale of Fritos BBQ Marked 0,55€ 49g, delicious fried corn appetizer with smoked meat flavor, gluten-free, from the Matutano brand, for vending and impulse vending machines. Pack of 48 units. We are distributors of extruded snacks. Matutano wholesalers.
Out of stock 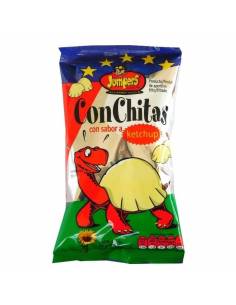 9.3
0,310 €
Sale of Jumpers Ketchup Shells 30g, delicious shell-shaped snack, based on dehydrated potato fried in sunflower oil, flavored with ketchup, from the Jumpers brand, for vending and impulse machines. Box of 30 units of 30g. Wholesalers of extruded snacks. Jumper dealers.

6.63
0,265 €
Sale of Butter Popcorn 35g tosfrit, baked corn snack with ketchup flavour, gluten and dairy free, from the Tosfrit brand for vending and impulse vending machines. Box of 25 units. Discover all the snack and salty products we have in our online shop. We have Tosfrit products wholesale.

FACUNDO
CHASKYS
Desde
15.84
0,660 €
Sale of Chaskis 72g, crisp and original corn rings with a unique natural flavor, a fun and extraordinary food with practically 100% pure corn, from the Facundo brand for vending machines. Facundo Bag of chaskis of the brand Facundo of 75g. Box of 24 units. Get Facundo products. Wholesales of salty snacks. 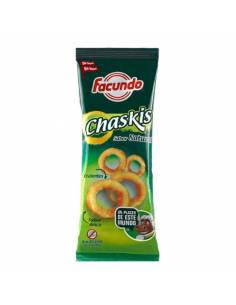 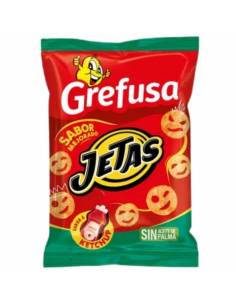 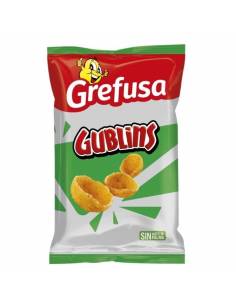 13.44
0,336 €
Sale of Gublins Barbacoa 36g Grefusa, delicious fried appetizer with the best barbecue flavor, of the Grefusa, brand, for vending and impulse machines. Box of 40 units. The best extruded snacks in Wholesale Distribution. We work with the Grefusa brand 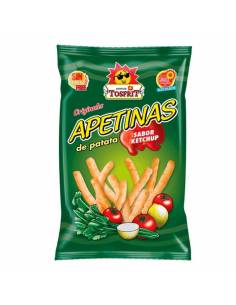 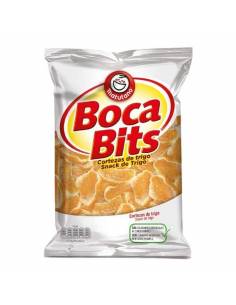 MATUTANO
BOCABITS
Desde
0.47
0,470 €
Sale of fried wheat snack with meat flavor of the Matutano brand, for vending machines. Unit sale. Click here to see the rest of our Snacks - Salty.
Out of stock
Tap to zoom