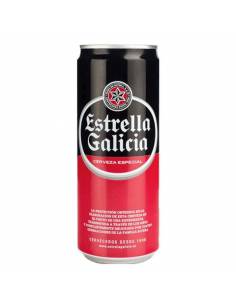 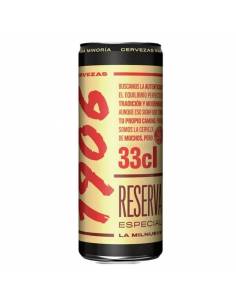 We are wholesale distributors of Estrella Galicia, beers for vending machines and impulse stores. We distribute to professionals of the vending sector, tobacconists and impulse.

Distributor of Estrella Galicia wholesale for vending and impulse.

We always work with product in stock and ready to be shipped.

The origins of Estrella de Galicia date back to 1906, when José María Rivera Corral founded the first beer and ice factory in A Coruña, after his return from emigration to Mexico.

In the 1920s, the process of modern mechanization of the first Estrella Galicia factory began, and later, in the 1950s, a profound remodeling process began, automating most of the production processes.

Already in the sixties, with its rising sales line, it reached ten million liters of production and the need to build a larger capacity factory became more real.

Finally, in the 1990s, the fourth generation of the Rivera family took the reins and began an unstoppable process of diversification that continues to this day.

Estrella Galicia is a Galician company well known for the high quality of its beers as well as for the great variety of its products, ranging from the normal Estrella Galicia beer to beers with aromas of padron peppers or barnacles, ending with non-alcoholic beer or 00

Estrella Galicia has a large brewery in La Grela, A Coruña and several breweries in Coruña, Vigo and Madrid.

From them the Galician brand distributes its products to Spain and the European market where it is also very well received with a presence in up to 35 countries.

Among its wide range of products we can highlight the following: